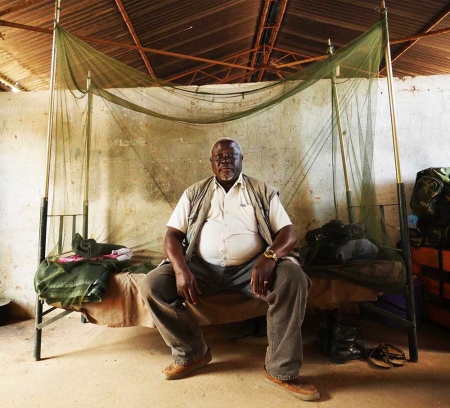 The title comes from the main character, Carlos Djambo whose memories as a guerrilla fighter, photographer and militant provide the common thread linking the stops on a road trip to the former Liberated Zones in Northern Mozambique.

Carlos Djambo has lived just as radical a life as the global left’s revolutionary heroes. Today he is one of the few Mozambicans who can recreate the photographic imagery related to events of the Liberation Struggle in their nation. As a guerrilla-photographer, he took a number of radical decisions that served to fuse his beliefs in life, sacrifice and commitment to a greater cause. He survived a number of wars as well as the plane crash that killed Samora Machel in Mbuzini.

Djambo accompanied foreign activists and directors who supported the anti-colonial movements in Africa. He learned photography while in exile. He was a pioneer in video, and worked with the famous director Jean-Luc Godard. He played a role in recording a large number of the official meetings that made Mozambican history.

But, these facts of Djambo’s extraordinary life are only the starting-point for our film: an extraordinary road-movie which will take us to the former Liberated Areas. With Djambo as the guide – and his photographs providing the map – our camera will recreate the story of his life and of his memories, reactivated by roads, landscapes, dislocations, actions, and encounters with former freedom fighters.