The film:
Effects of wording (see here a the trailer)

The Book:
17 Introductions for the Mozambique Institute is a special edition made for this exhibition (see here a short video introduction). 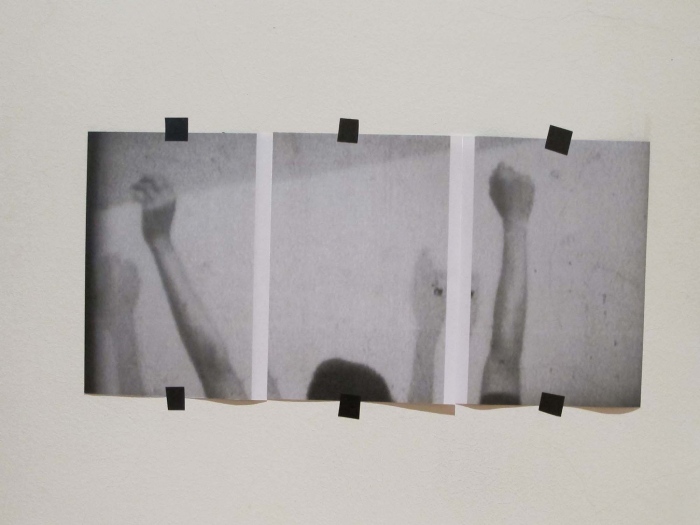 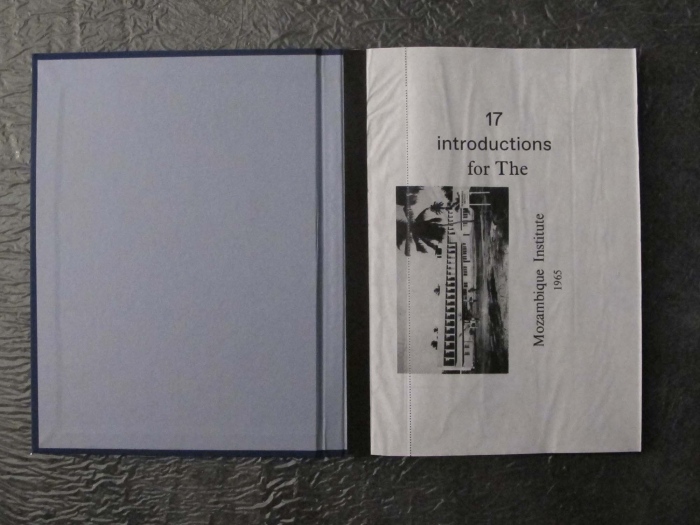 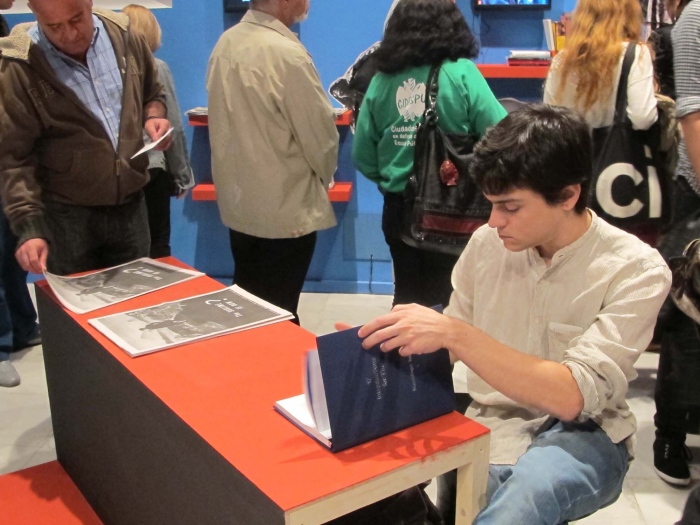 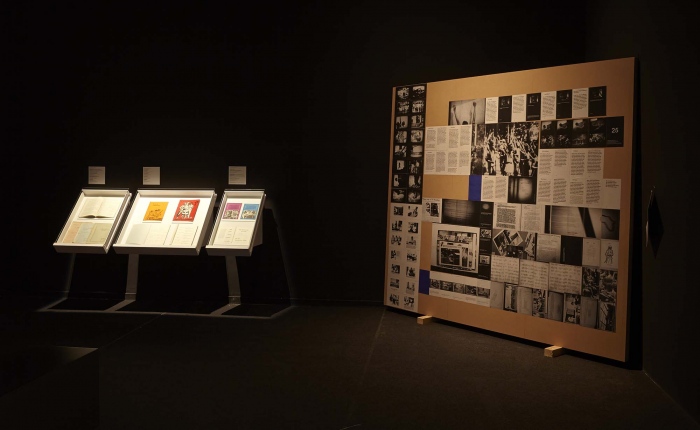 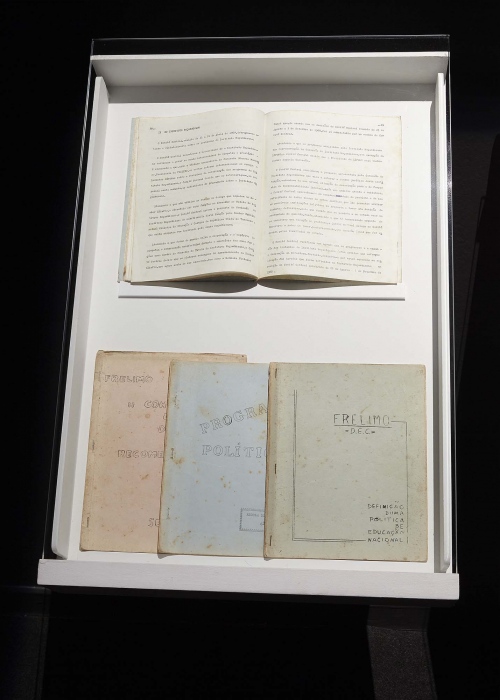 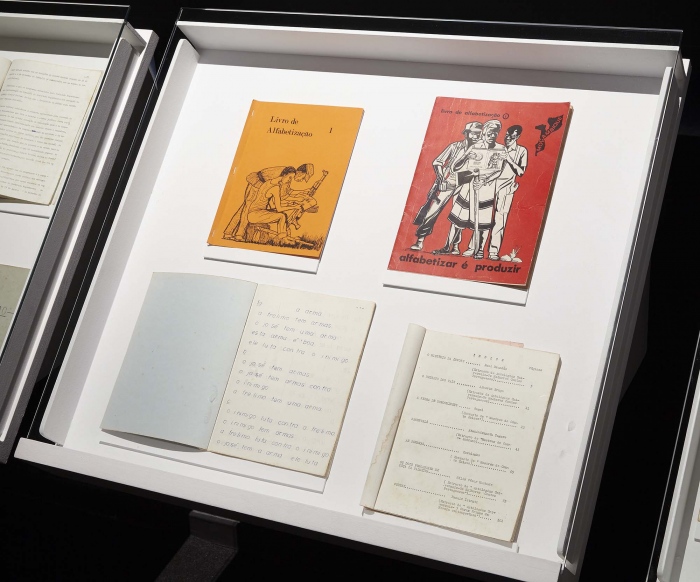 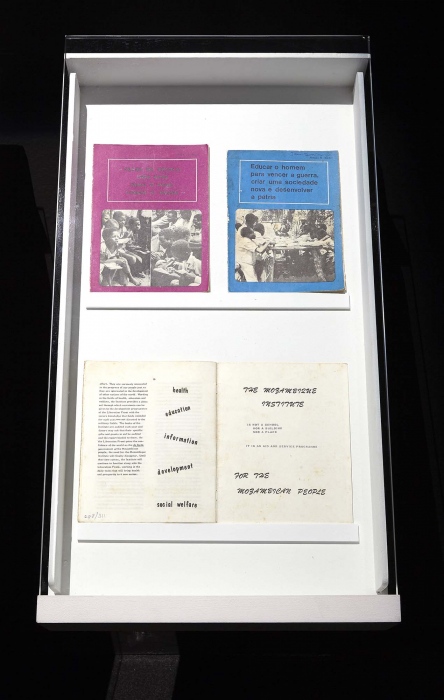 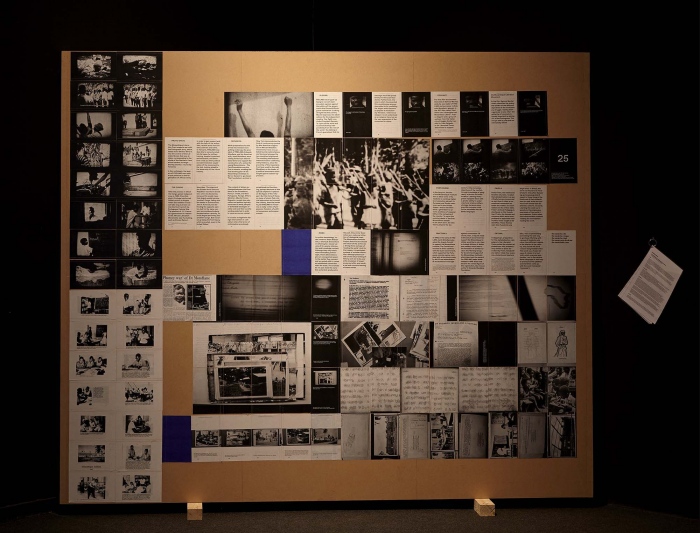 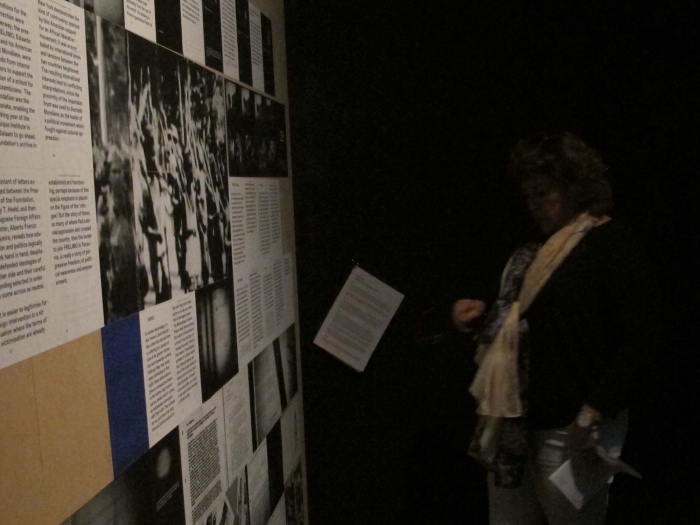 #Board Jornal do Povo 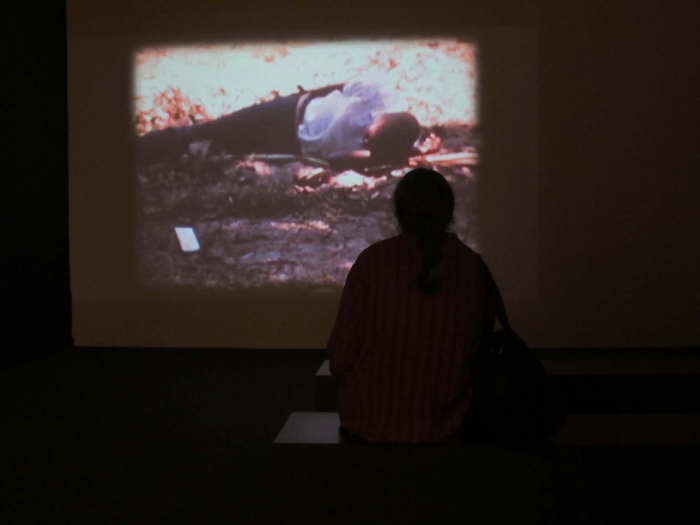 The Mozambique Institute Project was produced with the generous support from Calouste Gulbenkian Foundation.

Here's the full text for "Afterword" in 17 Introductions...by Susana Gaudêncio.

“Effects of Wording” a film part of Catarina Simão’s The Mozambique Institute Project includes the artist’s own footage of documents, photographs, books, text excerpts, and stills of other archive material. Images that document day to day life in the Mozambique Institute were filmed by General Jacinto Veloso, other excerpts from footage made between 1967 and 1981.

There are also recent testimonies by a former student, and a former teacher from the Institute. The narrative has a myriad of importante characters, such as the Mozambican Liberation Front (FRELIMO) and Eduardo Mondlane, the Portuguese Foreign Affairs Minister, Alberto Franco Nogueira, The Ford Foundation.

The film movements, editing cuts, document’s panning and highlighting invite us to take part in a complex ideological battle. “Effects of Wording” demonstrates that there is more then one starting point into a story, different characters with particular political agendas. The artist puts us in the role of the detective dealing with a convoluted and still under-researched case.

There is also a geographical triangulation: Tanzania—headquarters of the Mozambique Institute; USA—headquarters for The Ford Foundation, which funded the Institute for a short period of time; and Portugal—the colonial opressor. For the purpose of her recent artistic research, Catarina Simão rewrites this triangle.

Accompanying the film projection, there are other elements that add to the project:

—A series of original pedagogical material, that served as alphabetization tools for teaching Portuguese (Lingua franca).

—A wall piece excerpted from this book, designed to be a performative element, expanding from its regular format to an alternative, more dynamic space of aesthetic fruition. The indexed white leaflets with short factual texts, function as interchangeable key figures, influencing or adding to the photographic narrative, like islands surrounded by images.

The effect of reading and looking at the book is different from experiencing the film. In the film, the voice-over chronicle, the musical composition and the montage dominate.

The desire for complete understanding of the situation is liberated up in looking at the book. The book is not an illustrated record of the film; rather, it functions as a separate, corollary artistic work. All of those elements are still here, but they don’t dictate our experience in the same way. The leading narrative is de-emphasised, with the text placed as semi-autonomous indexed cards, a reader or observer can choose to give priority to the images. Three short essays exist in the back of the images, in which concepts of the research are amplifyed with contributions from art historian, Afonso Ramos and philosopher Rada Ivekovice, as well has the artist herself.

The whole project speaks to us from a position of conscious ambiguity. One of its operative elements is language—in this case wording and translating. Language and its process of learning can work towards the maintenance of a national or cultural identity, the necessity to implement a common ground for communication, in amidst a diverse group of people with a similar goal or interest, or as an unapologetic form of oppression and control. And from here draws part of its ambiguity—because it is dependent on ideology.